Winter is a wonderful time to enjoy Norfolk at its best, and our Norfolk winter birding tours at this time are among our most popular with our regular clients. Nowhere else in Britain can match the variety of habitats and species, the numbers of wintering wildfowl, and the number of scarce over wintering and resident species that are difficult to find outside this magical county. Woodland at this time of year can be very rewarding, and in the Brecks in particular we will be looking for the elusive Hawfinch, Common Crossbill and Firecrest among a range of other species such as Brambling, Eurasian Siskin, Lesser Redpoll and in some years Great Grey Shrike. Wildfowl are a major element of winter birding, and with over 60,000 Pink-footed Geese to start us off we won’t be disappointed!

Large goose flocks at Holkham and elsewhere can include scarce Tundra Bean, Snow, Red-breasted, Lesser Canada or Barnacle as well as the Russian White-fronts and Dark-bellied Brents. In Broadland, one of Britain’s only flocks of the very scarce Taiga Bean Goose occurs and we make a special attempt to see these birds on our visit to the Yare Valley. Broadland is in fact a fantastic day of winter birding, with Britain’s only resident flock of Common Cranes a highlight. With up to sixty birds present, we have a good chance of enjoying great views of these incredible birds along with a supporting cast of up to one hundred roosting Marsh Harriers, Hen Harrier, Merlin, Peregrine and Short-eared Owl.

Huge flocks of shorebirds over Breydon water, throngs of Eurasian Wigeon on Buckenham Marshes, Great Bittern, Divers, wild swan herds, Purple Sandpiper and Mediterranean Gulls can all feature on this wonderful day. Flocks of Shore Lark and Snow Bunting scurry about the saltings at Holkham some years, where in the bay, flocks of Common Scoter test our skills to pick out a Velvet. Long-tailed Duck, Common Eider, scarce grebes and divers may also be present offshore along with more regular Common Goldeneye and Red-breasted Merganser.

All this before we even visit the likes of Titchwell and Cley reserves, two sites which can produce a stunning variety of wintering birds such as Bearded Tit, Pied Avocet, Ruff, Water Pipit, Water Rail, Spotted Redshank and Cetti’s Warbler. With flocks of Yellowhammer and Corn Bunting in the fields, Little Owl glowering from its daytime roost, Eurasian Woodcock emerging at dusk…who needs any more reason to join our Norfolk winter birding tours!

“The knowledge of the guide was quite unbelievable and this was the best so far of the four tours I have been on with you. Additionally, the new accommodation was far better than expected”

“I enjoyed the entire experience; a magical oasis in the depths of winter”

“Overall a very enjoyable experience – including the incredible snowy vistas”
A & G P Surrey
“Great Birds, Great Leaders, Good Group. We particularly enjoyed the willingness of the leaders to change the programme according to the birds and found it to be a thoroughly enjoyable winter break. We always enjoy our Norfolk tours with you”
G & M. S. Kent
“Just a quick note to say “Thank You” for the fantastic holiday earlier this week”
M. S. Didcot
“What a package. Good birding and good company, expertly led by an enthusiastic and very knowledgeable leader”
JH Solihull
“I particularly enjoyed everything about my holiday!”
T. D. Oxford
“Great company, great birds and even weather”
B M Essex
“I really enjoyed the holiday – particularly seeing Bittern and Shore Lark. The atmosphere was very friendly and the accommodation was comfortable with good food”
B. M. Sussex
“Our guide was excellent and we really enjoyed the holiday – an outstanding week!”
J & P J Derby
“A huge thank you to Ashley for 6 amazing days in Norfolk. We learned so much during our days in the field and, despite some testing weather, his enthusiasm remained undiminished. It was a joy to be shown “secret” places by someone with such a detailed knowledge of the area.”
L & R. T, Worcester
“As ever, the accommodation and meals were very good. We got excellent views of all of the key species and there was great camaraderie among the whole group”
J B North Yorkshire
“Good company and first class birds”
R H Leicester
“Many thanks for a most enjoyable, focussed and interesting trip in the usual good company”
J D Kent
“A first class arrangement. Everyone was well prepared thanks to the extensive pre-tour information, the accommodation and meals were excellent and the guide quite brilliant. Highly recommended”
A J London
“No time is ever wasted and Ashley has developed good people skills to go with his exceptional talents as a birder”
D & A E Essex
“This was my first birding tour and I loved the small group, the mix of habitats and therefore birds and the incredible enthusiasm and expertise of the leader”
R W Hereford
“I really enjoyed Ashley’s enthusiasm, knowledge and general helpfulness as well as the small group.”
E A Dorset
“Ashley worked really hard for us and was a first rate tour leader. I will definitely join you again”
N N Sheffield
“I really enjoyed the whole tour and the meals were superb, but I especially enjoyed the Bramblings, Hawfinches, Crossbills and seeing Barn Owls everywhere!”
B L London
“Many thanks for another memorable holiday  – as always Ashley knew exactly where to find the birds and takes the time to make sure that everyone can see”
F & CH Kent 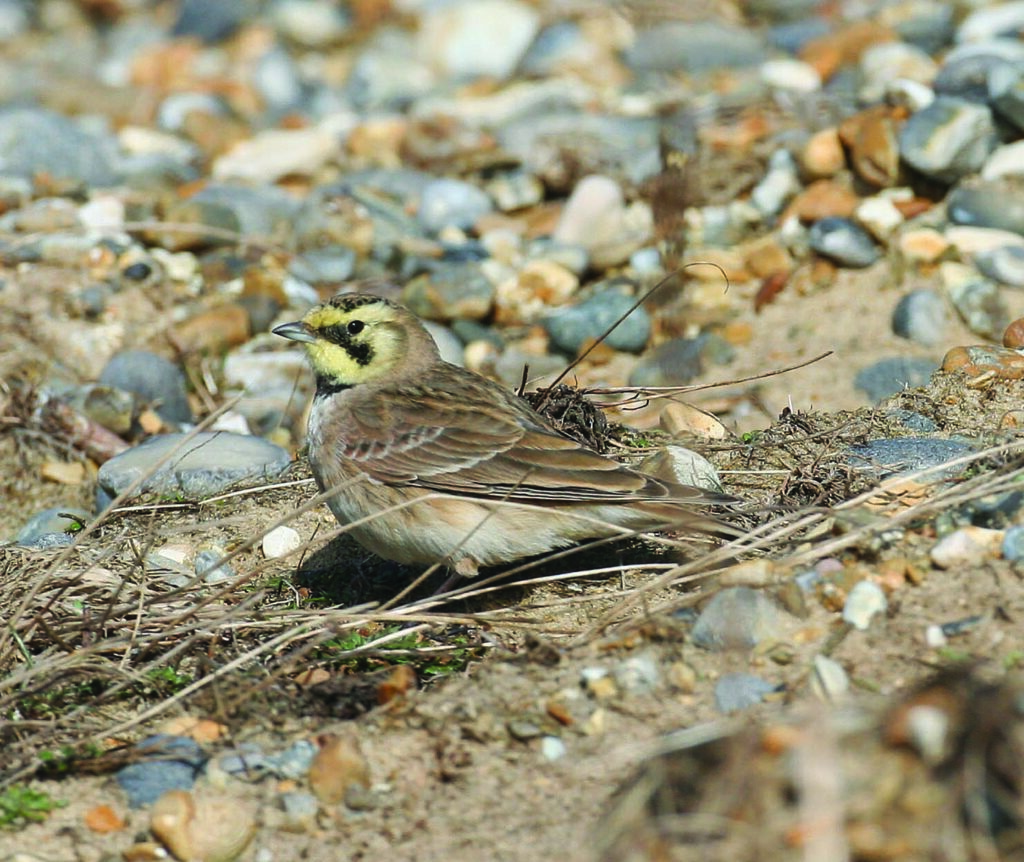 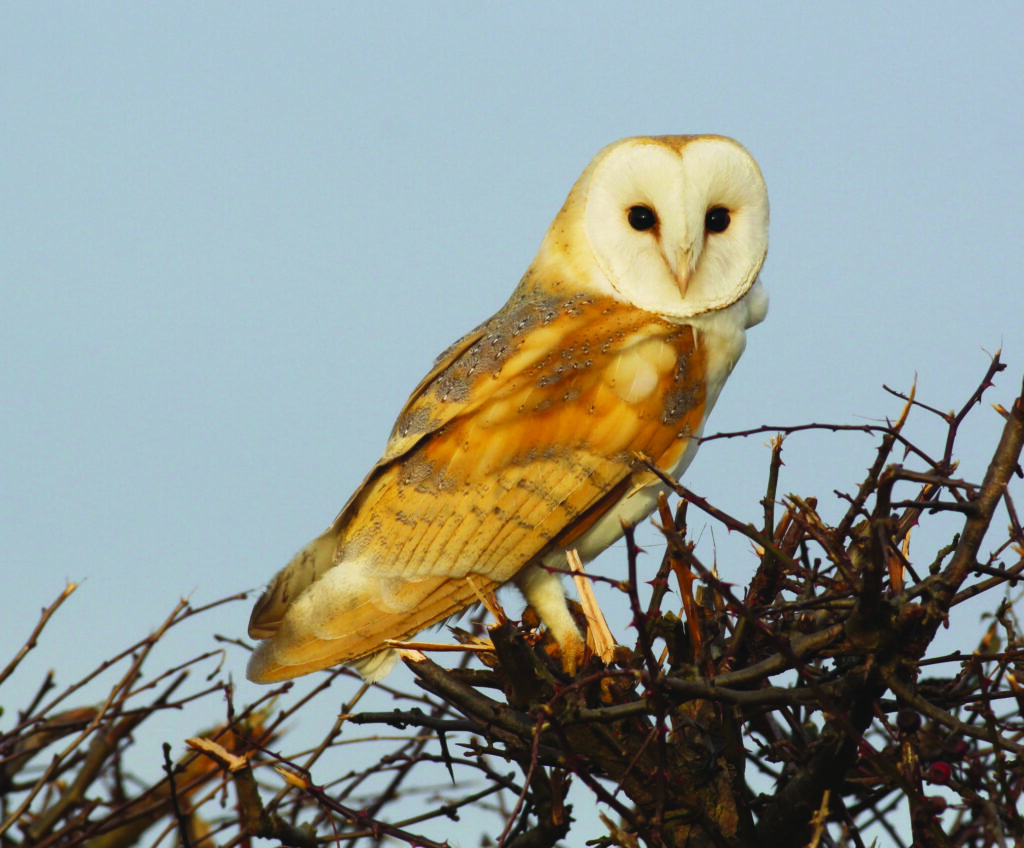 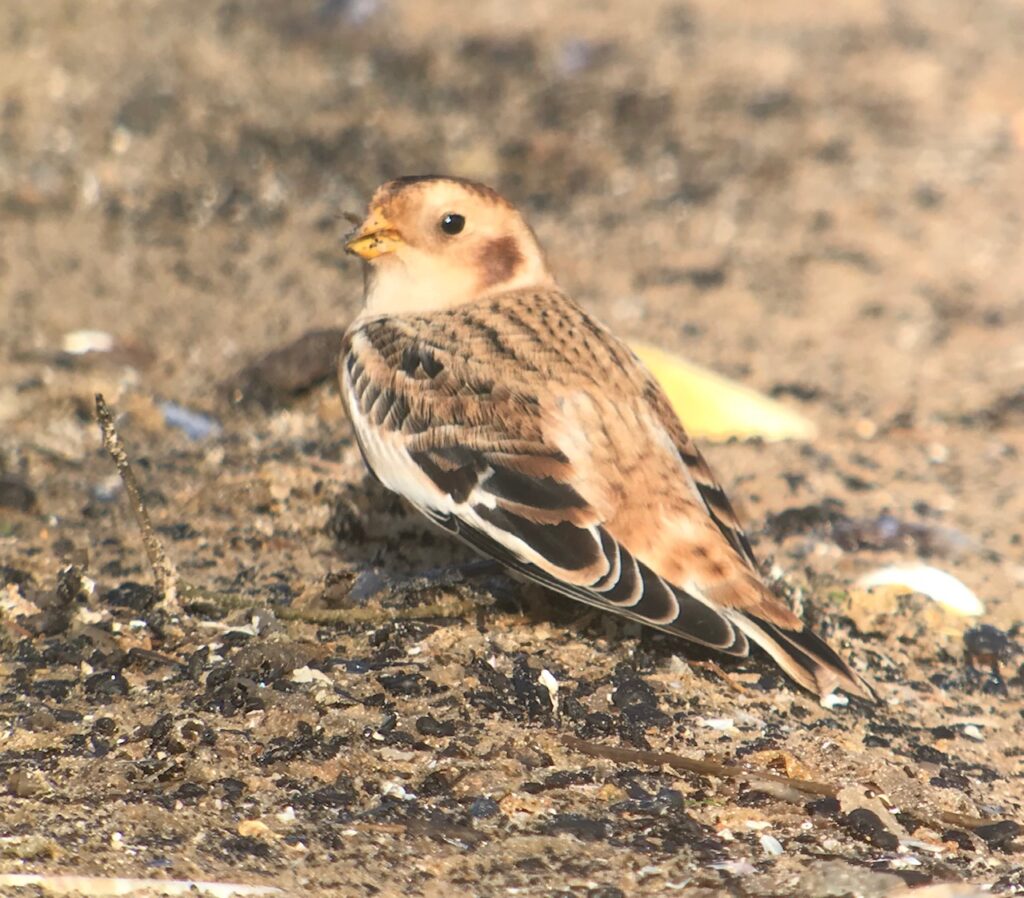 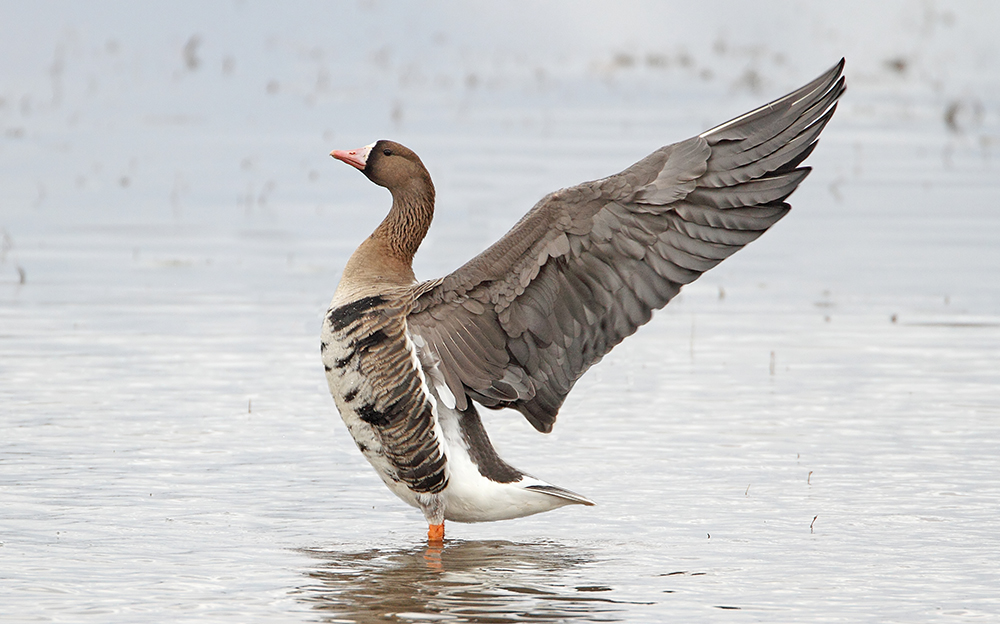 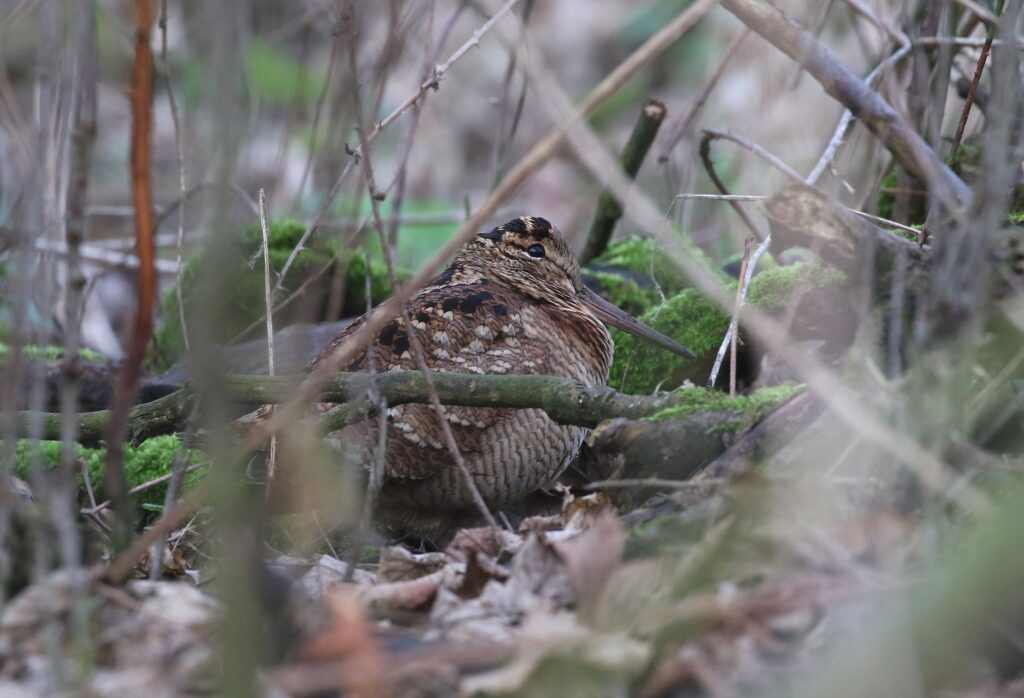 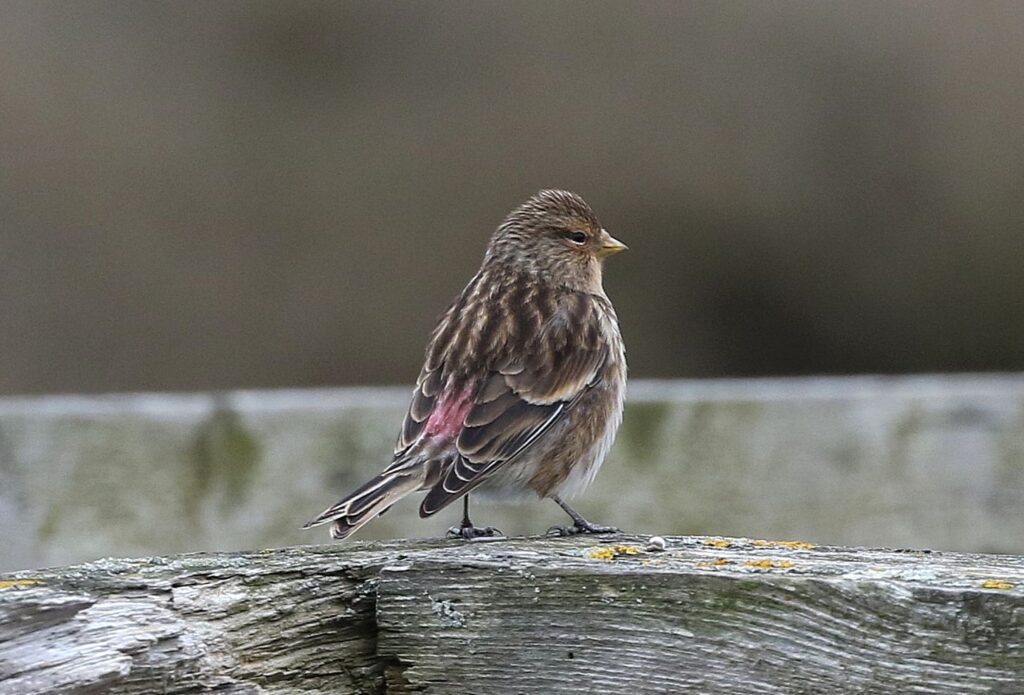 Tour at a glance

Click here to book online and secure your slot for this tour.

The four Shorelarks were still on Burnham Overy beach this morning, feeding on the tideline about 200m west of the end of Holkham Pines. Stunning views of them on a near-deserted beach in the sunshine! Also 4 Snow Buntings and the 2 Long-tailed Ducks still in Gun Hill channel 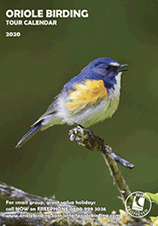 Don’t miss our latest offers, news and availability! To subscribe to our newsletter, simply follow the link below and you will automatically receive our next issue by email, as well as any news on fact finding tours not listed in our main programme. Past newsletters can be viewed by clicking here.

All the flights and flight-inclusive holidays on this website are financially protected by the ATOL scheme. When you pay you will be supplied with an ATOL Certificate. Please ask for it and check to ensure that everything you booked [flights, hotels and other services] is listed on it.

Please see our booking conditions for further information or for more information about financial protection and the ATOL Certificate click here.